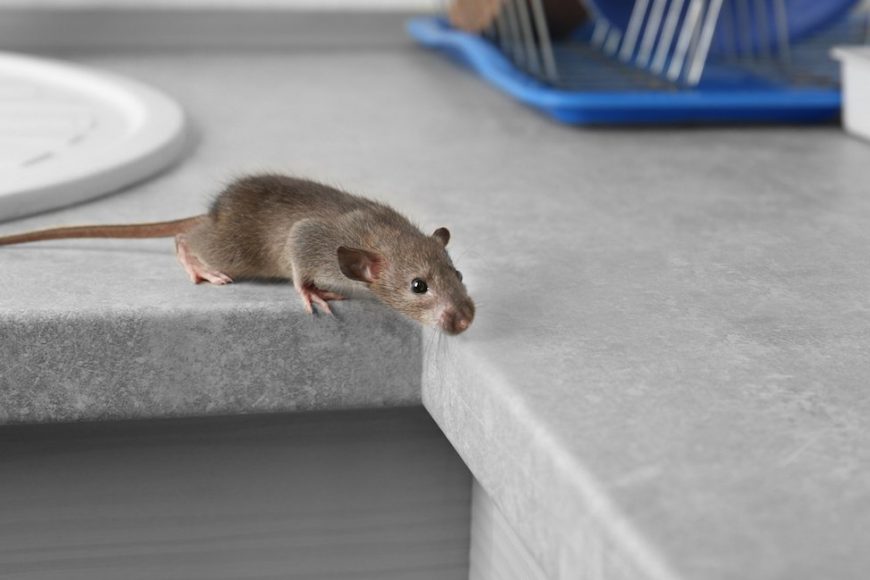 WHAT ARE THE MAIN RODENT SPECIES IN HOUSTON?

As the weather finally cools down in Houston, many residents are on the lookout for 70-80 degree weather after a hot summer. What you should be keeping an eye out for is an influx of rats, mice, and raccoons. Cooling temperatures send these pests looking for shelter and food indoors.

Houston and its surrounding suburbs are known for certain species like deer mice, house mice, roof rats, Norwegian rats, and the common raccoon. These critters all thrive in the city due to the easy access to water, food, and shelter. No one wants to discover one day that a rodent has decided to move into their home. Being aware of these five different kinds of rodents and the indications you may have a problem can help you keep your home pest-free.

What Are The Most Common Rodent Species in Houston?

While Houston is known to host various species of pests, rodents are some of the most prevalent. During the fall months, they look for food and shelter inside homes and other buildings. Some of the most common rodent species to look for are:

Deer mice are brown with lighter colored feet and underbellies. They range anywhere from five to eight inches long, and nest outdoors in places like old fence posts, tree logs, or piles of debris. However, when it gets colder, deer mice are known to invade homes. You’re most likely to find them in attics, but if they move further inside your home, you can find them nesting in storage boxes, drawers, and wall voids.

Deer mice are known to carry diseases such as Hantavirus. If you see mouse droppings, hear scurrying sounds at night in your attic, or notice teeth marks around your home, you may have a problem. Because they carry disease, it’s best to contact a professional to handle deer mice.

Read More: How a Mice Infestation Can Affect Your Health

House mice, also known as field mice, are slightly smaller than deer mice and have a grayish brown coat. They can fit through holes as little as a dime, making it easy for them to enter homes through small cracks or crevices. They typically venture insides in search of food, leading them to be found around trash cans and pantries.

On top of food, house mice like to chew through electrical wiring and insulation – which can potentially cause thousands of dollars in damage. If you notice gnaw marks on any wires, it’s a good indication you have them and should seek professional pest control.

Roof rats get their name because they tend to take shelter on roofs, or in attics. These rats, also known as ship or black rats, range from 12 to 15 inches in length. Even though they are called black rats, sometimes, their fur is a mixture of brown and black with a lighter or black underbelly. They’re known for traveling in groups and their ability to climb. Despite having a preference for roofs and attics, roof rats can be found almost anywhere in a house where there’s food.

Like house mice, these rodents like to chew electrical wiring and insulation, which can spark a fire or cause severe structural damage to your home. If you hear scurrying in your roof or attic, you should contact a pest control professional.

Read More on Roof Rats: Preventing and Removing Roof Rats from Your Attic

Norwegian rats, also known as sewer rats, are shorter but weigh more than their cousin the roof rat. They can reach up to nine inches in length and have brown fur with black specks. Like most other rodents, their underbellies are lighter in color. Unlike the roof rat, the Norwegian rat cannot climb. However, it is adept at swimming and is found in areas where there is moisture or water.

They can be found in and around your home as they seek out food. The most common places you’ll see them are in sellers, piles of debris, or garbage cans. Inside a home, they often chew on wires, pipes, drywall, and insulation. To avoid paying potentially thousands in damages, call for professional help if you notice any teeth or claw marks near these items.

Continue Reading: The Costly Damage Associated with Rodents in Your Home

The largest on this list of common rodents in Houston is the common raccoon. This nocturnal pest has a body length between 16 to 26 inches and can weigh up to 18 pounds. They have long fur that ranges from light grey to almost black, with distinct facial markings.

Raccoons are most known for their dumpster diving and garbage-picking antics. If you have trash in or around your home, they will rummage through it. When it cools off outside, they seek out shelter in attics and garages, where they frequently chew on electrical wiring and rip up insulation to burrow inside. Like other rodents, they are known carriers for diseases like rabies and leptospirosis and should not be dealt with by yourself.

Signs You May Have Rodents

While briefly mentioned already, here is a more in-depth look at common indications of rodents in your home:

How to Prevent Them from Entering Your Home

To avoid them entering your house entirely, take these precautions:

Even with the best prevention methods and knowledge, you may find yourself coming into contact with a rat, mice, or raccoon this time of year. They become bolder as they forage for food and shelter during the colder months. However, knowing the signs and taking some precautions can help keep these unwanted house guests away. If you suspect you may have a problem, or want to ensure your home is sufficiently guarded, schedule a service with us today!