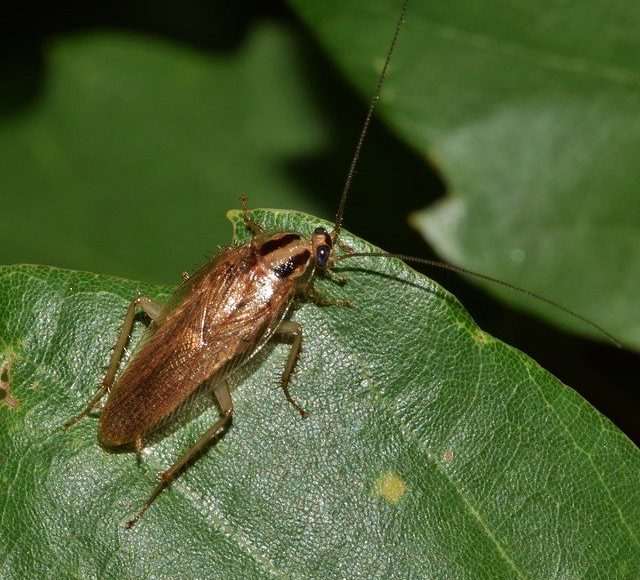 Knowing your enemy has been said to be one of the best strategies for defeating your enemy, and the adage particularly holds true with cockroaches. The most effective way to embark on a cockroach extermination or cockroach control plan is to first understand as much as you can about the creepy critters. And as grotesque as the cockroach may be, the characteristics that make them hearty survivors can be downright fascinating.

With the ability to run at speeds of 3 mph and change direction in nothing flat, cockroaches are incredibly nimble and quick. They are also keen at sensing air currents, which gives them a major head’s up on any oncoming threats moving in their direction. This explains why attempting to quash them with a frying pan or shoe often ends in vain. Newborn roaches, by the way, can run as quickly as the adults.

Even if you do manage to hit a roach with that frying pan or shoe, the blow may not be powerful enough to kill it. A study published in the journal Proceedings of the National Academy of Sciences found cockroaches can withstand compression forces that range from 300 to 900 times their body weight.

Read More: Where is Your Cockroach From?

Thanks to an elaborate exoskeleton that’s made up of a collection of overlapping plates held together by a pliable membrane, roaches are durable yet flexible. When compressed, roaches can shift the energy to their legs, while special spines ensure they can maintain traction. Not only does this give them an edge when clobbered with a heavy object, but it also explains how they’re able to squeeze through crevices a fraction of their size.

The cockroach’s extreme resilience is another reason roach control is extremely difficult. Not only have cockroaches been around longer than dinosaurs, but they can:

Although cockroaches have lifespans of about 170 days under the best conditions, they can do quite a bit of breeding in that rather short amount of time. Female cockroaches create multiple egg-filled capsules throughout their lifetime, producing a capsule every two to three weeks. Each capsule contains anywhere from six to 40 eggs.

Do the math and you’ll find a single female cockroach and her offspring can produce up to 30,000 babies in a single year’s time.

Many cockroach behaviors and habits also increase their chances of survival while decreasing the chances of effective roach control. One is their penchant for seeking out darkness for their foraging and other activities.

Another is their ability to eat anything, with a particular fondness for sugary items. Cockroaches are omnivores and the epitome of scavengers, known to eat things like leather, glue and soap when other food sources are not available. When confined in small areas, they’ll readily eat their dead comrades and their feces if necessary to survive.

While their menu is vast, they typically don’t travel more than a few feet from their living area to forage for food and water. This makes cockroach control bait ineffective unless it’s placed close enough to their living quarters.

Roaches also need water to survive, but can go up to two weeks without it.

What This Means for Cockroach Removal

Combine the cockroach’s survivor habits with its characteristics, and you have one wily enemy indeed. Effective cockroach extermination should take the characteristics and habits into account, and hit them where it hurts the most: their food.

Because roaches need to eat, at least eventually, attractive bait placed near their living spaces can provide some level of cockroach control. You’ll want to focus on smaller areas where cockroaches are known to tread rather than spreading bait stations throughout the entire home, as many stations may never be touched at all.

If foraging roaches bring poison bait back the living quarters, or die from poison upon their return and end up eaten by their comrades, you can effectively wipe out a portion of the colony. But you may still have a notable number of survivors as well as the eggs to deal with.

Hiring a professional that uses proven cockroach extermination plan is a viable option, one which can save you time, effort and hassles in the long run. With training, experience and specialized knowledge of pests, you can bet roach control experts know their enemies well, which means they certainly know how to defeat them.