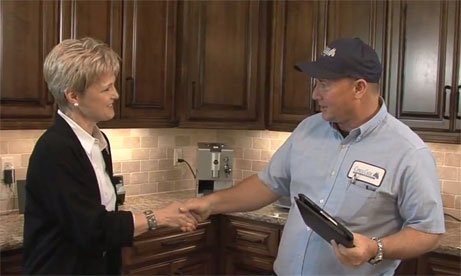 The Pharaoh Ant Is The Most Difficult Ant Pest To Control

Many Pest Control Professionals Agree That The Pharaoh Ant Is The Most Difficult Ant Pest To Control, Especially When They Nest Within Wall Voids, And Other Inaccessible Areas

Houston is home to a great number of ant pests, some of which are known to inflict stings that are medically significant, and in rare cases, deadly. For example, the well known red-imported fire ant (S. invicta) injects venom that can lead to serious allergic reactions in sensitive individuals. It is not uncommon for red-imported fire ant stings to induce anaphylaxis in victims, and this condition is usually deadly unless prompt medical treatment is secured in time. The native fire ant species is also known to be responsible for potentially deadly envenomation incidents, but such incidents are exceptionally rare. Most ant pests in Houston only pose a nuisance when they invade homes and buildings, but nuisance ant infestations are not to be taken lightly, as some ant pest species are tremendously difficult to eliminate from infested structures. For example, Monomorium pharaonis, or the Pharaoh ant, as the species is more commonly known, is considered by many pest control professionals to be the most difficult ant pest to control.

The Pharaoh ant has a worldwide habitat distribution, which makes it a “tramp ant.” Tramp ants are ants that, due to their small size and ability to nest in a variety of conditions, travel to various regions throughout the world by hitchhiking in cargo on ships, and sometimes luggage in airplanes. Once tramp ants arrive in new habitats, they usually have no problem thriving. These ants are not known to indulge in annual mating swarms in the US, which means that they likely establish new colonies by “budding.” Budding occurs in large ant colonies that contain multiple queens where one or a few queens abandon the original colony in order to establish a new colony elsewhere. Pharaoh ant queens establish new  colonies beneath the ground, making them next to impossible to monitor. Because of their budding ability, Pharaoh ants are able to establish many nests within inaccessible indoor areas, such as wall voids, beneath floorboards, and in tight attic spaces. In order to eliminate Pharaoh ant infestations, all nests must be destroyed, which is a tall order given that their nests are not only hard to find indoors, but are also hard to find outdoors, as workers are known to travel great distances from their nesting sites. Workers also invade pantries where they easily gain access into stored food packages due to their small size. A combination of methods are necessary to control these ants and eliminate infestations. Baits that contain insect growth regulators are most effective for exterminating Pharaoh ant colonies, but numerous bait stations must be strategically placed throughout infested homes in order to properly address infestations.

Have you ever struggled to rid your home of Pharaoh ants?