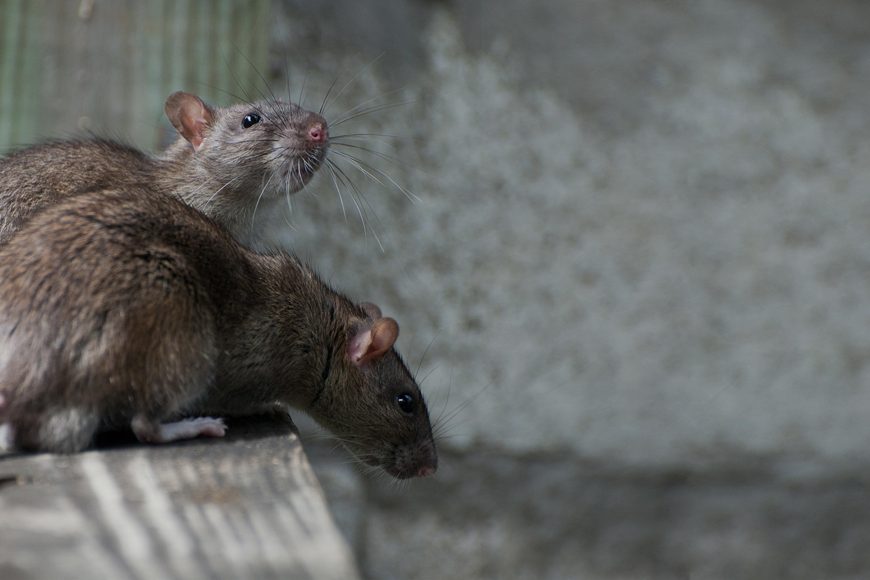 All rodents, including pets, carry disease-causing microorganisms that can be transmitted to humans. Common household mice and pet mice acquire pathogens from contact with wild mice, and Norway and black rats often invade homes where they contaminate human foods and indoor surfaces with numerous pathogens. It is rare for humans to contract disease either directly or indirectly from rodent pests, but people should consider all of the rodents they encounter to be a source of disease. The most common diseases that humans contract from rodents include leptospirosis, hantaviruses, rat bite fever, and lymphocytic choriomeningitis virus (LCMV).

Leptospirosis is a bacterial infection carried by rodents and many other animals, and rodents infected with the disease don’t typically exhibit symptoms that are noticeable to people. People can contract this disease through contact with rodent urine, tissues and other excretions, or by drinking water that is contaminated with rodent urine. Leptospirosis can enter the human body through cuts and mucous membranes and symptoms usually appear one week following exposure. Hantaviruses are a group of viruses carried by certain rodent species, and these viruses have been found in both pet and wild rodents. Inhaling dust containing particles of rodent excrement and/or urine is the most common way in which people contract hantavirus from rodents. The virus may also enter the body when contaminated material makes contact with cuts or through rodent bites, which are rare.

Rat bite fever is a rare rodent borne disease caused by the bacterium Streptobacillus moniliformis, which is present in the upper respiratory tract of seemingly healthy rodents. People contract the disease through rodent bites, scratches or by making contact with contaminated urine. LCMV is most commonly transmitted to humans by house mice, but other rodent species can also spread the disease to humans. This disease is a type of meningitis, and rodents usually become infected through contact with wild mice, while humans contract the disease through contact with rodent urine, excrement or saliva. In order to avoid rodent-borne disease, homes that are, or were infested with rodents must be thoroughly sanitized while wearing gloves, a face mask, and preferably eye protection.

Have you ever known someone who contracted a rodent-borne disease?