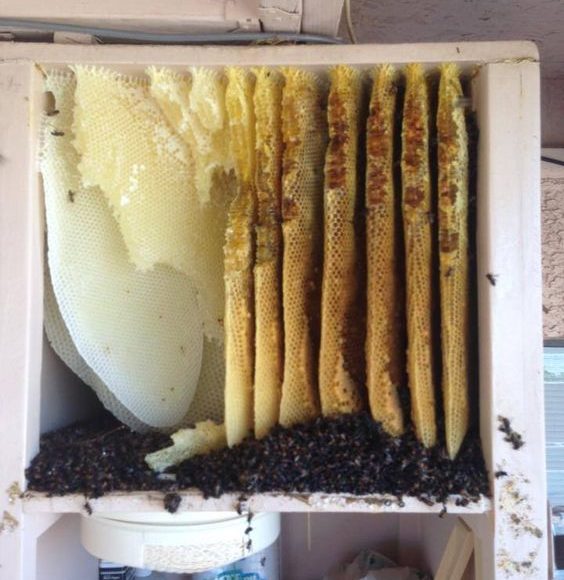 The Buzz About Bees & Humans

Physically, bees and humans couldn’t be more different. But recent studies have shown surprising similarities in the way humans and bees socially interact within their species.

A team of researchers at the University of Illinois Urbana-Champaign, building on their earlier studies, have experimentally measured the social networks of honey bees and how they develop over time. They discovered that there are detailed similarities with the social networks of humans and that these similarities are completely explained by new theoretical modeling, which adapts the tools of statistical physics for biology. The theory, confirmed in experiments, implies that there are individual differences between honey bees, just as there are between humans.

Originally, the team was just studying honey bees as a social insect to discover ways to measure and think about complex societies. Putting bar codes on bees allowed them to monitor everywhere they went in the hive and every interaction they had. According to the researchers’ analysis, some bees displayed higher degrees of food sharing and social interactions than others.

“Just like humans, some bees participate in more interactions than others,” said Nigel Goldenfeld, co-author on the study and Advanced Study Professor in Physics at the University of Illinois at Urbana-Champaign.

This connection proved too curious to resist for these researchers. After observing the honey bees, the scientists realized the findings could also apply to humans. So, the scientists compared the two species.

“Bees are social insects, and it is relatively easy to study large populations of bees, perform multiple replicates of the experiments, and thus get precise statistics,” Goldenfeld says. “Only after we had obtained our results did we compare with humans, really just out of curiosity.”

To do this, Goldenfeld and his colleagues used the Gini coefficient – a measure normally used to determine income inequality, but which can also measure inequality among social interactions – to measure differences in individuals’ behavior among both bees and humans.

In comparing the bees to humans, the scientists found that some bees – like some humans – interact more and for longer periods, making them more social than their peers. So although the bees’ social interactions may differ from each other, as a whole they are not that different from humans.

There are other notable similarities between bees and humans:

Is your home buzzing with unwanted bees? Get them safely exterminated by a professional pest control company.