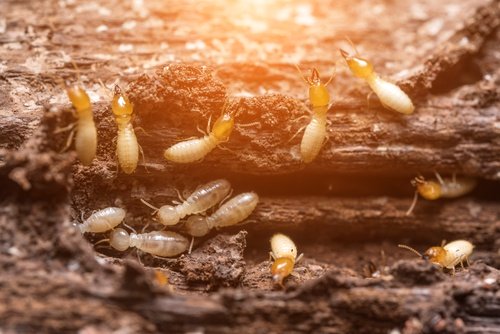 Every year, termites inflict more than two billion dollars in property damage in the United States alone, according to the Centers for Disease Control and Prevention. This makes termites the most economically costly pests of homes and buildings in the country. More than 3,000 termite species have been documented worldwide, but the vast majority of these species are not known to infest timber-framed structures. Most termite species consume natural wood sources in tropical regions like southeastern Asia, South America and Africa where high humidity and wet weather provide the insects with the nourishment they need to thrive. Unfortunately, Houston’s subtropical geographic location near the Gulf Coast is also an ideal termite habitat. Because of this, a relatively high number of termite pest species, both native and non-native, are abundant in Houston.

Experts consistently rank Houston as one of the most termite-infested cities in the US, which makes it important for residents of the city to take measures to protect their home from infestations. Due to the short winter season in southeastern Texas, multiple subterranean and drywood termite pest species pose a constant threat to homes within and around Houston. The subterranean species known as R. flavipes, or the “eastern subterranean termite,” is the most common and destructive native termite species in Houston, but today, the non-native Formosan subterranean termite is responsible for the greatest amount of annual termite-related property damage in the city.

The Formosan subterranean termite is native to southeast Asia, and they were first discovered in the US several decades ago when colonies were recovered from a shipping dock near Galveston. During the 1980s and 1990s, these invasive termites emerged in enormous numbers in urban and suburban areas along the Gulf Coast where they consumed structural wood at an amazingly rapid rate due to their exceptionally large colony sizes. Formosan subterranean termites swarm every year during May and June in Houston, but swarms sometimes emerge during April. In order to prevent these ravenous termites from infesting structural wood, Houston homes should undergo at least one termite inspection each year by a licensed pest control professional.

Do you have regular termite inspections conducted on your property?