COVID19: Yes, we are open! See how we’re preserving the health of our customers and protecting their property.
Tawny Crazy Ants Able To Establish Colonies Consisting Of Billions
281-469-2679 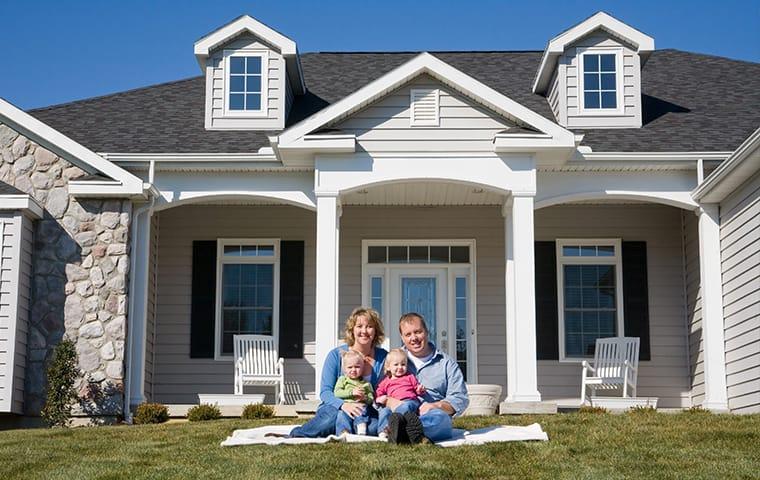 How Are Tawny Crazy Ants Able To Establish Colonies Consisting Of Billions Of Individual Inhabitants?

Nylanderia fulva, more commonly known as the “Tawny crazy ant,” and formerly known as the “raspberry crazy ant,” is an exotic South American native ant species that has established an invasive habitat in the southern Gulf Coast states where they invade homes and buildings in massive numbers. Workers of this species are reddish-brown and very small at only 2 to 3 mm in length. Individual Tawny crazy ants cannot be identified without the assistance of a microscope, but their infestations are easy to recognize due to the tremendous size of their colonies. A single colony consists of thousands, millions or even billions of densely situated workers that can span an entire neighborhood. Tawny crazy ants are similar to Argentine ants (Linepithema humile) in that both species are invasive pests from South America that form massive supercolonies outside of their native range. It is often said that Tawny crazy ants and Argentine ants are able to achieve large colony sizes due to their rapid reproduction rates, but this is only a partial explanation.

In their native South American habitat, Tawny crazy ants and Argentine ants are preyed upon by numerous predators, which keeps their colony populations from increasing to unnaturally large proportions. However, these two species do not have natural predators in the Gulf Coast region where they have become established, and consequently, their colonies in the southern US continue growing indefinitely. Tawny crazy ants were first discovered in the US in 2002 when a pest control professional, Tom Rasberry, recovered a few specimens in a Houston Neighborhood. Since then, Rasberry has maintained a reputation as the foremost expert on Tawny crazy ant pest issues. According to Rasberry, between 15 and 20 billion individual Tawny crazy ants can become established in a one acre field in a short amount of time due to their rapid reproduction rate and the species’ lack of natural predators.

These ants have become notorious for infesting electronic equipment like kitchen appliances, fuse boxes, TVs, computers, outdoor utility boxes, and even NASA computers, resulting in black outs, short circuits, blow fuses, and hundreds of millions of dollars in equipment damage. In addition to their attraction to electricity, Tawny crazy ants will enter homes to feed on just about any food source they encounter, including sweets, fats, and protein. Tawny crazy ants are not attracted to most bait products, and professional pest control intervention is essential for eliminating infestations.

Have you ever encountered Tawny crazy ants?

Lisa White
23:05 25 Feb 21
I have used Cypress Creek Pest Control for over 20 years and have been very pleased with the service. Ronnie recently serviced my home. He was friendly, professional, and did a thorough job.Thank you, Lisa W.

Rachel and Michael Kester
21:39 24 Feb 21
Technician was extremely personable and fun to talk to. Very conscientious and competent in his work. Would definitely do business with them again.

Justin Henry
16:47 11 Feb 21
They are very professional. Even though it’s a 4 hour time window, they call you 20 minutes before your appointment so you can get home if needed. There was no waiting on hold to get a hold of them, when calling and the technician looked professional, so I had no problem letting him in my house. He spent a lot of time treating the problem areas and explaining what he was doing. I highly recommend them! The only thing that I would say to do better at is they need to save my information. Everytime they come, they call me at the gate and ask for my gate code, which has never changed.

Donna Jones
19:26 08 Feb 21
Dave is excellent. He explains everything he is going to do. He put covers over his shoes and was wearing a mask before entering. Ask for Dave and you with get awesome service.

Michael Spiegel
17:53 04 Feb 21
I have been using them for pest control for a few years. They are dependable, arrive when they are supposed to and my home has been pest free since I started using them. Their prices are reasonable

Byron Wilhelm
18:39 03 Feb 21
I have used Cypress Creek Pest Control for over 20 years, they have always been timely and very professional. During they maintain distance and wear masks. We are on the quarterly plan, and recommend this for others.

Tim Hill
17:54 02 Feb 21
I've enjoyed the service of Cypress Creek Pest Control since 2009. Their service is always friendly and on time. I would recommend giving them a chance to earn your business.

Rick Hemker
19:21 01 Feb 21
Been using Cypress Creek Pest Control for several years and have never been disappointed with their service. Always friendly, courteous and prompt.

Jacob Pezirtzoglou
17:04 27 Jan 21
Great company. Have had little to no pests since starting service 8 years ago. The service technician was very nice and polite, well groomed, responsive to questions, and thorough in his work.

Christina Norton
17:25 22 Jan 21
I've used these guys for years at my office. Great company to use for pest/rodent control. My technician is Dave. He's the BEST! Very personable and explains what he has done and why in a way that I understand. We use them on a quarterly basis and as needed for rodents. Their prices are good and reasonably competitive. I would recommend these guys to anyone who is looking for pest control. A+ service with the technicians and office staff.

Cindy Shannon
16:34 21 Jan 21
They always follow directions and respond in a pleasant manner.

Jessica Nair
16:50 15 Jan 21
We get our community clubhouse sprayed every quarter and they are very consistent with contacting us and arriving at the time that is schedule. The crew is always so nice and professional. LOEN community has been working with them for awhile and appreciates their professionalism.

Charlotte Newsom
15:17 14 Jan 21
I receive regular quarterly service. They are timely and professional.