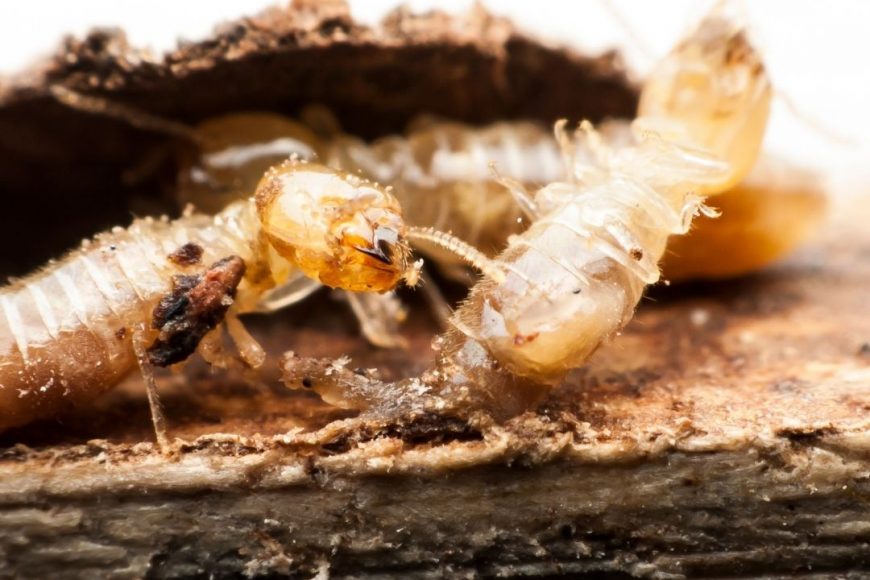 Termites are the most damaging pest in the US when it comes to home infestations. They will target the wood of the home, and consume it for sustenance. Of the three species that are most likely to infest homes in the US, in this article, we’re going to cover subterranean and dampwood termites, and the differences between them.

Subterranean termites are the most damaging insect species in the US by far, causing billions of dollars in damage on a yearly basis. They are able to do this because they build their colonies underground. An underground colony has no limit on how much it can grow in size, and it will be able to deploy a full workforce to any piece of wood that is suitable for consumption. Subterranean termite colonies can reach millions of members, so you can imagine the amount of wood they need to keep everyone well fed.

Dampwood termites are the most subdued of the three termite species that will infest the home. They are rare in home infestations because they only infest wood that is high in humidity, or damp. Such wood is rare in the home, and it only occurs when there is a leaky pipe or gutter that is in contact with the wood. However, if the termites do find and infest humid wood, they will spread to wood that is drier over time, and eventually, a dampwood termite infestation can become very expensive to control.

The two termite species are controlled in very different ways. The easiest to control of the two is the dampwood termite infestation when it is small. Since these termites build their colonies inside wood, you can simply treat the wood with termiticides and the colony will be destroyed. However, if the colony is widespread throughout the home, then the entire building has to be fumigated, which costs thousands of dollars and the home has to be vacated for a few days while the fumigation is in process.

Subterranean termites on the other hand are more expensive to control on average, with the methods used including the chemical barrier and the baiting system. These two methods are tailored to destroy or stop underground colonies, and they cost several hundreds of dollars each. For more information about these two termite species, how they are controlled, and the costs of removing a termite infestation, contact us today. We also provide termite inspection and control services, so if you have an infestation, we can help you out.