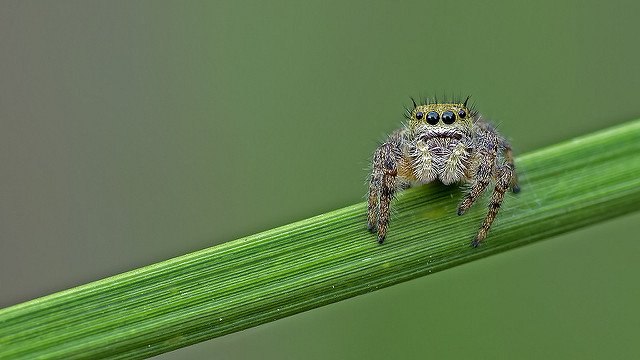 Spiders Near Houston To Be Aware Of

In the city of Houston and surrounding areas, the climate is perfect for a variety of spiders. Spiders are arachnids, more closely related to mites and scorpions than to insects. Arachnids have an exoskeleton, which means the supporting structure is outside rather than inside the body. Spiders have eight legs and most spiders have eight eyes as well.

While spiders may strike fear into most of the general public, they are for the most part, beneficial in keeping insects like flies and plant feeding insects under control. Only two spiders in Texas are considered truly poisonous: The brown recluse and the widow spiders. There are a few other spiders that can produce a reactive bite.

Common spiders in our area are tarantulas, which are very large. They are shy creatures. They rarely bite and will rise up on their hind legs when feeling threatened. Tarantulas live in burrows and rarely go far from their burrows except during mating season.

Jumping spiders are especially colorful for a spider. They use their colors and mating dance to attract females. They are territorial and have excellent vision. They are excellent jumpers and are unlikely to bite unless cornered.

Another relatively large spider is the Wolf spider. They can be found in fields and backyards. They have excellent night vision and do most of their hunting at night. They feed on smaller insects and are not aggressive. The will not bother humans or pets. You may have seen them with many young spiders on their backs. They carry them until they are old enough to hunt on their own.

Orb weaver spiders are probably the most familiar to people from books like Charlotte’s Web. These are the spiders that build webs. These spiders don’t see well and depend on information from vibrations in the web to relay information about captured prey. Many spiders tear their webs down each day and rebuild them.

Crab spiders so called by their crab-like appearance and there crab-like movement. They are usually found on leaves and flowers. They wait for their prey to land before they attack. Some species even change colors to match the flower or leaves they are perched on.

The two dangerous spiders in Texas are the brown recluse spider and the widow spiders.

The brown recluse are shy spiders and are mostly active at night. They hide in cracks and crevices which they line with silk. They bite when they are trapped. If you keep clothes lying on the floor, it is always a good idea to shake them out before putting them on in the event it has a spider inside. Their venom breaks down the skin and muscle tissue at the bite location.

The black widow spiders are usually found in protected areas outdoors. They may live in wood piles, garages, storage sheds, crawl spaces and other spaces that are rarely disturbed. Their toxin affects the nervous system. Within one to two hours after a bite the person may experience moderate to intense pain. A person who has been bitten by a black widow should go to the emergency room to receive the antivenom.