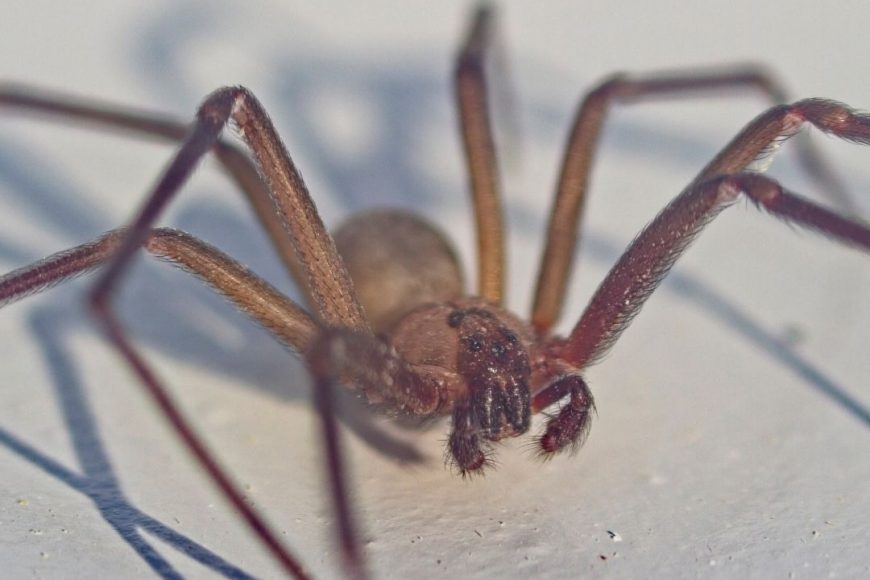 Many different spider species may find their way into the home, with some of them being harmless and some being very dangerous. Either way, as soon as we spot them indoors, we want to get rid of them. Let’s take a look at how pest control pros approach spider removal.

Every control process begins with an inspection. During the inspection, the pro will attempt to identify the spider species responsible for the infestation, find out how it got into the home and find out any nesting locations. One or more species may be uncovered during this process, and it’s especially important if you are dealing with a dangerous species such as the black widow or brown recluse.

Once the species in the infestation has been identified and the location of the nests has been found, the pro will move on to control. The spiders that can be found out in the open will be killed using insecticides or vacuumed up using specialized equipment. The same goes for any nests that are found.

Once all the spiders and nests that are easily spotted are removed, it’s time to attempt the removal of those that are hidden. This process can be split into two parts. First is looking into known spider hiding places, such as those inside clutter or behind appliances, and killing any spiders found there. The second is applying residual insecticides in certain areas of the home, such as the basement, attic and inside wall voids. These insecticides will kill any spiders and other insects that are found there. With that, the control process is complete.

The residual insecticides used to kill off the spiders in the basement, attic and wall voids will remain in place for an extended period of time, providing protection against future infestations, not only from spiders, but also other insects. On top of that, other prevention methods can be implemented by the homeowners, such as making sure that there are no other insects in the home, and that the home is free of clutter.

When implemented together, these methods will keep the home insect-free for the foreseeable future, and spiders will only be able to enter the home by riding on luggage or sneaking in during the short period of time when the front door is open. For more information on how spiders are removed professionally, or if you are currently struggling with a spider infestation, contact us today.