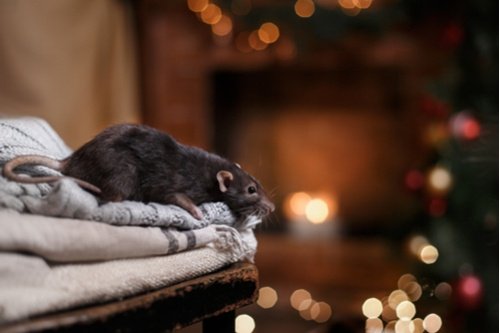 The survival of any animal species depends on its ability to avoid predators. As such, perceiving potential dangers is essential, and most species will detect the presence of a predator through smell. The odor of predatory animals is often used in pest control efforts, especially when it comes to rodents. However, researchers have found that wild Norway rats are not deterred by the presence of a predator odor when they are in a familiar setting.

In the study, researchers tested nine odors that were derived from rat predators in order to test the avoidance response of Norway rats. The study took place in a field, and food was placed in two compartments inside a pen. In one of the pens, the scent was added on certain days, and what the researchers found was that these pens were not avoided by the rats, and it did not even make them hesitate to approach the food inside.

This is an interesting result, because prey animal species are evolved to recognize and avoid or defend against predators. Most prey species are particularly sensitive to the presence of predator odors, which are particular to carnivores. In fact, this sensitivity has been recorded in Norway rats, and researchers have found that it cannot be attributed to novelty avoidance. In other experiments, researchers have found that mammals will avoid the scent of a new predator, but they will not be fazed by the odor of aerosol deodorant for example.

Breakthroughs in this field could lead to new non-chemical, non-toxic pest repellents, which is a particularly important market for domestic and commercial users alike. The prevailing theory here is the predation risk allocation hypothesis, which states that prey animals will trade off the risk of being killed by a predator for the necessity of meeting their energy needs. As such, prey animals will theoretically forage more in low risk situations and less in periods of high risk. However, if their energy needs are too great (after a period of starvation for example), the animals will engage in foraging behavior in high risk circumstances.

What is interesting in this experiment is that rats will exhibit physical reactions to the presence of predator scents, reactions such as heightened stress, higher blood pressure, and lowered testosterone, but they will not exhibit behavioral changes. The study indicated that the presence of the smell alone does not deter foraging behavior and does not repel the rats, if other environmental factors are present, such as favorable time of day, familiarity with the territory and the proximity of the rat’s shelter. This basically means that we will have to rely on traditional control methods for the time being.