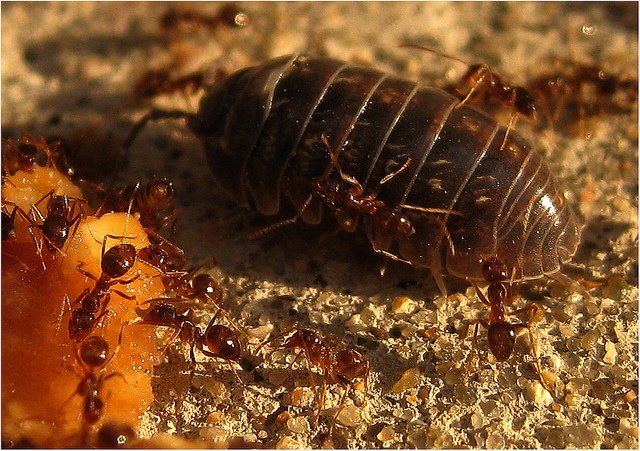 Who Are You Calling Crazy?

Throughout the southern Gulf Coast an invasion is taking place. The Crazy ant, also called the Tawny or Rasberry ant, has made its presence known. With its quick, erratic movements, it’s no wonder how this ant got its name. However, you’ll need a magnifying glass to identify a Crazy ant.  A dead giveaway is their reddish color and hairy appearance.

Originally hailing from South America, the Crazy ant came into the U.S. through our southern ports on shipping containers and cargo. Their formal name is Nylanderia Fulva.

Read More:  8 Ants That Are Likely to Invade Houston Homes

Just recently it was discovered these ants secrete formic acid which repels the bites of fire ants. These ants do not sting but they will bite. They are relatively tiny in size but the colonies can reach in the tens of millions – so if you see one – there is bound to be more.

Since the crazy ant is an invasive species, they displace beneficial insects. They eat the Honeydew which is secreted by aphids and are drawn to sweet plants causing havoc to farmers. For some reason these ants are drawn to electrical pulses. They can chew through wiring and when they are electrocuted they send out a pheromone that alerts the colony they are being attacked. When the colony responds they can completely overwhelm an electric system shutting down entire systems. In the Gulf Coast industrial area they have been known to shut down entire plants.

The nests have multiple queens making it difficult to eradicate them. Conventional sprays and products do not effectively eliminate this pest.  Your best option is contact a pest control professional who can properly identify the ant species and treat with the appropriate product.