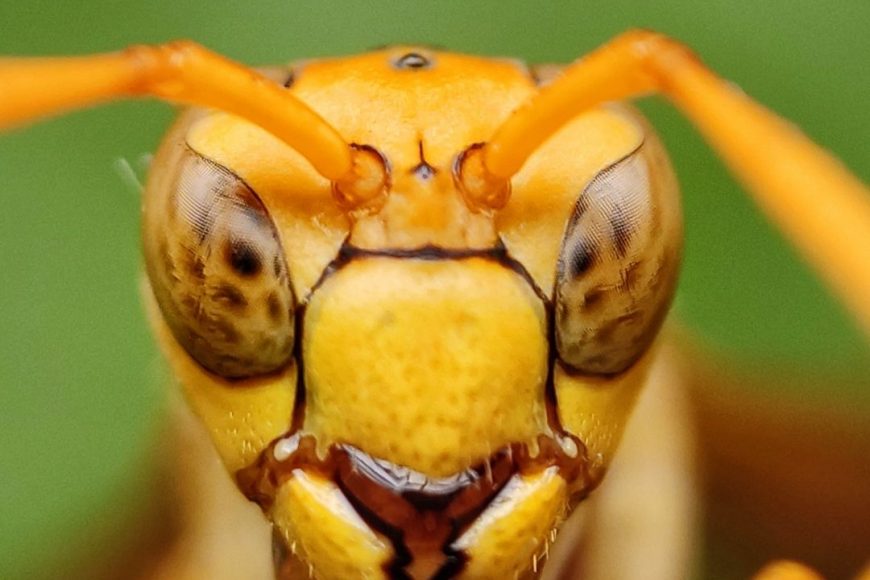 What You Need To Know About Paper Wasps?

Paper wasps, also referred to as ‘umbrella wasps’, are one of the most well-known wasps found around the world. Globally, over 300 types of paper wasps have been identified, out of which at least 22 are found in North America alone.

Paper wasps get their name from their famed papery-looking nests. Much like other wasps, paper wasps scrape wood fiber and mix it with their saliva while chewing. This consistent chewing and mixing result in the creation of pulp, using which they build their nests. Upon drying, this pulp looks and feels similar to paper, which is why paper wasps are named after it.

With that in mind, let’s dive in to know more about paper wasps.

Visually, paper wasps look similar to other wasps. They are brown in color, with distinct yellow marks along with sparse red marks. With their antennae and six long legs, they can range anywhere between 16 to 20 mm in size. Paper wasps have slender bodies with a tiny waist, which makes them easily distinguishable from bees.

Paper wasps prefer building their wasps in locations where they can hang from a strong foundation, such as eaves, roofs, and ceilings. A queen paper wasp will seek a far corner with a strong horizontal surface, especially because it knows that its nest is fragile on its own. The nests of paper wasps grow vertically in the shape of an umbrella, which is why they are often referred to as umbrella asps as well.

Paper wasps are predatory in nature like other species of wasps. This means that they prey on many insects such as spiders, flies, caterpillars, and grasshoppers. Paper wasps play a critical role in managing ecological balance by eliminating insects before they can breed out of control. They also save humans from potential harm to their lives, crops, and properties by ensuring that insect populations do not grow to dangerous levels.

Similar to other wasps, the sting of a paper wasp can be a painfully unpleasant experience. The most common reaction that stems from a wasp sting is redness, irritation, and swelling of the skin. Depending on the body area and intensity of the sting, the pain and severity can vary a lot. In certain cases, if a person is allergic to the sting of a paper wasp, it may be dangerously life-threatening. In such cases, immediate medical assistance is required to recover from the sting.

If you suspect that your house or its premises may be infested by paper wasps, you should go ahead and contact a professional pest control agency. A pest control officer will be able to conduct a thorough inspection of your property, locating any possible infestation areas. After removing the paper wasp nest efficiently, the professional will also be able to give you more information on the possible food source that the wasps were feeding on. This will help you in preventing future wasp invasions by being vigilant and careful.