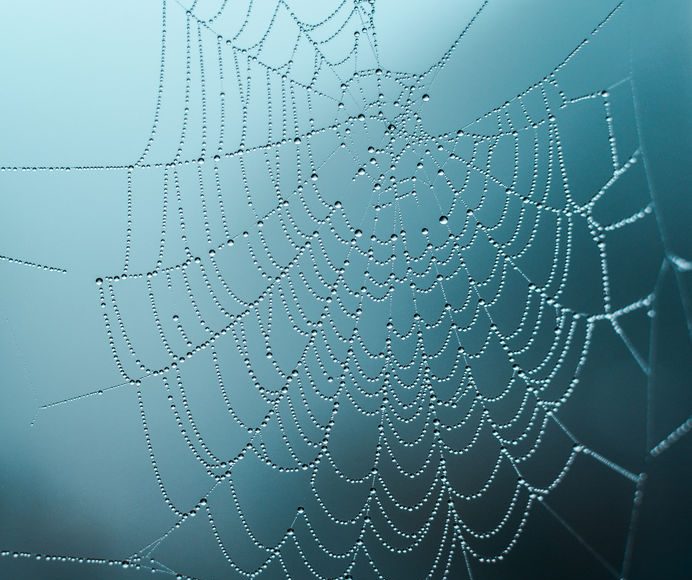 Now Hear This: These Spiders Hear Prey With Their Legs!

Looks aren’t everything – especially if your name is the Ogre-Faced Spider. But what this guy lacks in beauty, he makes up for in talent.

With gargantuan monster-like eyes – the largest of any spider – they can spot prey in the dark. And they can hear a surprising range of sounds from more than six feet away … with their legs!

Researchers at Cornell University recently discovered that the ogre-faced spiders can “hear” prey approaching them from behind, even though spiders don’t have ears. These nocturnal hunters (Deinopis spinosa) use sensors in their legs to catch buzzing insects behind them, the researchers found. They use a “capture web” that dangles between their front four legs to grab food they spot with eyes that are 2000 times more sensitive than human eyes in the dark. And they can snag prey out of the air using the same capture web.

After hearing a bug approaching from behind, the spiders catch their prey in the same way a baseball outfielder makes an over-the-shoulder catch, said Ron Hoy, a co-author in the study. They perform a backflip faster than the blink of an eye to grab bugs out of the air.

The spiders might look a bit creepy – they’re called ogre-faced for a reason – but they’re harmless to humans.  Ogre-faced spiders are common in areas of the southern United States and in dense forested regions of Australia and Africa. These tiny arachnids measure less than an inch in length and mostly exist underneath palm fronds and other thick vegetation, where they demonstrate their nocturnal circus tricks to ensnare moths, mosquitoes and flies that zip by their territory.

With arachnids lacking eardrums, the researchers were curious as to the spider’s innate prowess when snagging prey from mid-air. So, after witnessing them “flipping” after certain sounds were administered, tests were conducted to determine what other methods the creature might be employing.

The team played a soundtrack of various noises to figure out which sounds initiated the impressive backflips. Low-frequency sounds between 150 Hz and 750 Hz, replicating the wing beats of a number of airborne insects, seemed to trigger the exaggerated action.

According to the study, ogre-faced spiders have an extraordinary hearing ability and can detect noises up to 6.5 feet away and target frequencies between 100 and 10,000 hertz, a range nearly equivalent to that of a human.

Not one sound of any frequency provoked them to lunge down to the ground, proving that these spiders use their eyes, not ears, to pounce on crawling food.

All spiders eat insects. Without spiders, there’d be no agriculture because insects would have taken over the world. These guys just have a unique way of doing it!

Listen to this: if bugs are causing a stir in your home, call a professional pest control company for a free inspection.