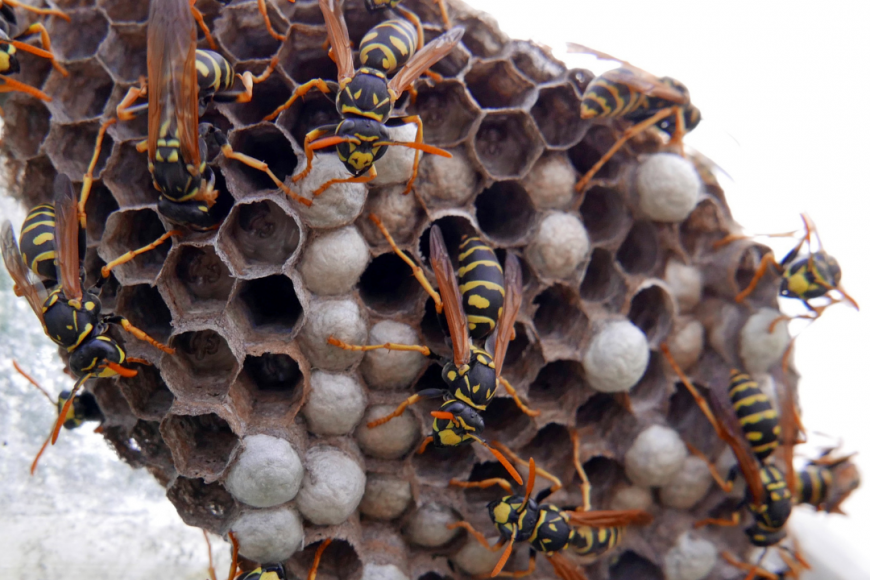 How to Get Rid of Wasp Nests?

Wasps are summertime pests. It is necessary to get rid of these pesky pests as their stings can cause allergies to some people. You can keep your home wasp free and protect your family. Try to inspect the underside of porches, decks, overhangs, eaves, shrubs, trees, sheds, and other structures to look for wasp nests. Walk around the exterior of your house. If you find a nest, you must be able to get rid of it as soon as possible because it can pose health hazards.

How to get rid of wasp nests?

Let’s jump in to know the ways to get rid of wasp nests.

Destroy the nest as early as possible:

The wasps are less aggressive and have smaller colonies during the starting of the year. Try to kill the queen. If you become successful in killing the queen, there won’t be any nest formed that year.

If the wasps’ nest doesn’t pose any risk to you and your family and if it is far away from your home, consider leaving it alone.

Use DIY methods to get rid of the wasp’s nests:

Knockdown vacant nests during the winter:

Wasps generally do not prefer to return or use the previously used nests. They try to build new nests on top of an old one. Before the queen attempts to reclaim it, knock down the vacant nests during the winter and clean the area thoroughly.

Wasps do not build their nests anywhere close to another colony since they are territorial. The fake nests are available in the market. Hanging them will deter the wasps. If you cannot find the nests, try swinging the brown bags.

Thoroughly try to inspect every corner in and around your house and seal the ideal wasp’s entry points, such as vents, cracks around doorframes, and loose siding. Seal them to avoid possible infestation chances when the spring or summersets.

How to not remove wasp nests?

Do not burn a wasp nest:

Never use fire to burn the wasp’s nests as it can be dangerous. The nests can be flammable because of papery substances. The wasps will not die but become violet, resulting in attacking you.

Do not stand on a ladder:

Do not try to use the ladder and stand on it to reach the wasp nests.

Do not try to pour flammable liquid:

Pouring the flammable liquid is an ineffective method, and it will also pollute the groundwater.

Do not flood the nest with water:

Flooding the wasp nests with water may damage your property and make the wasps aggressive to attack you.

If you suspect or notice a wasp nest in and around your home, do not panic and keep calm. To get rid of wasps, get professional pest control experts’ help. They have the safety equipment and expert knowledge to remove the nest safely.