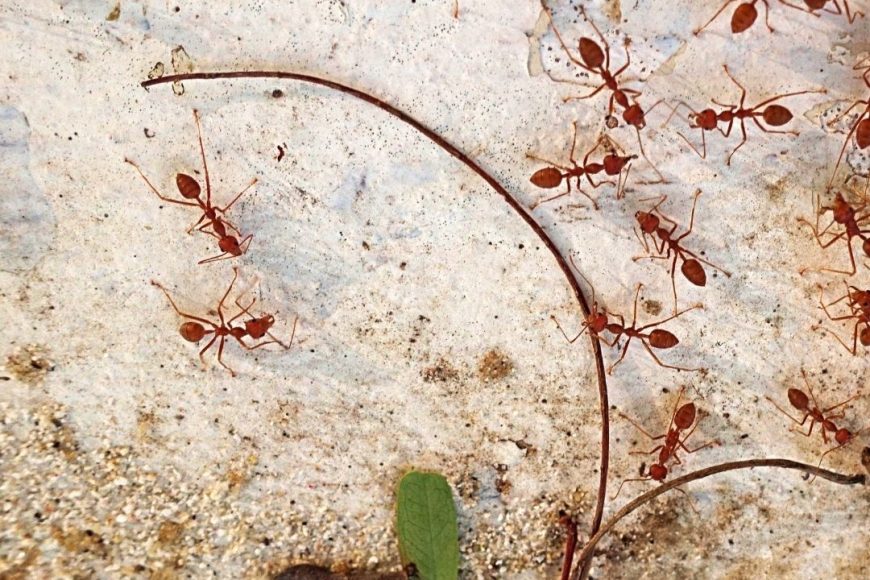 All ants start out as an egg and then they go through a metamorphosis process before becoming adults, and all eggs come from the queen. The queen is the center of the colony, and she has only one purpose – to reproduce. However, the queen will only mate during a brief period of her life, after which she will never mate again. The lifespan of the queen can range anywhere from a few months to 29 years, and during this lifespan the queen will lay as many as a few hundred thousand eggs.

The development of an ant colony can be divided into stages, with the first phase being the founding stage. During this phase, winged ant males and females fly out of a colony in massive swarms, with multiple swarms from different colonies going out at the same time. A male and female from different colonies will mate with each other, and the female ant will then look for a suitable location to start a nest. Thousands of these winged ants will not survive the flight, as they will be hunted down by animals, other insects and even workers from competing colonies.

The queen is also very active during this initial stage. She will have to dig out the nest, lay the eggs, and then raise the first brood, which consists entirely of workers. Once the workers are mature, they will take over the workload, and the queen will focus on laying more eggs. This is when the colony enters the ergonomic stage, when the focus of the entire colony is on expansion. Like with everything else so far, the duration of this stage will depend on the species, and it can range from a single season to as many as five years. Finally, the colony enters the reproductive stage, and the cycle begins again, with reproductive ants being spawned and leaving the nest to start new colonies. The initial colony that started it all will die off once the queen dies.

Knowing how a colony dies can help with pest control, with many of the control methods available against ants relying on killing off the queen. For example, baits are often used when dealing with colonies that are hard to reach or find. If you would like to know more about ant control, or if you have an ant infestation in your home, contact us today and we will help you remove it.