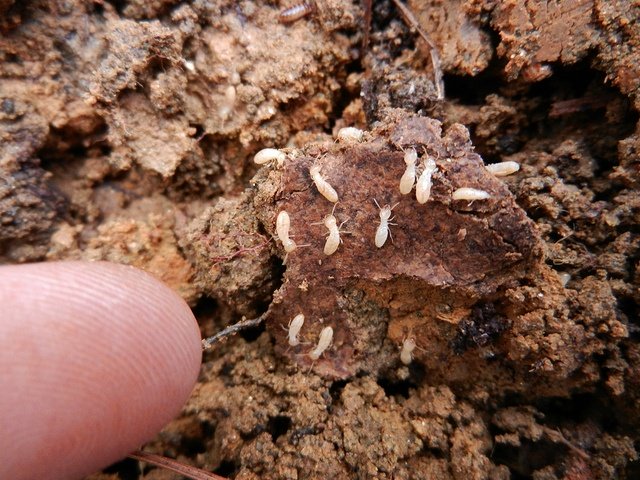 DO I NEED A TERMITE INSPECTION WHEN BUYING A HOUSTON HOME?

Termites are insidious creatures. They work silently, are hard to spot to the untrained eye and can wreak havoc on you home before you know it. They cause over $5 billion in property damage each year. A lender will require a home inspection but may not always require a termite inspection; unless you are qualifying for a VA loan.

The Greater Houston area is heavy with termite pressure. It only makes sense to have a termite inspection by a licensed Houston pest control company. This may save you thousands of dollars in repairs if the damage is found after your loan has closed. You may also want to consider a Termite Warranty to continue to protect your property for any future damage.

The inspections are typically not costly. The prices range from $125 to $200 depending on the size of the home. Termites are active in 49 of the 50 states. Alaska is the only state free from termites as it is too cold for their survival.

There are different types of termites in our area: Subterranean termites, Formosan termites and Drywood termites.

The reproductive (swarmer) termites may or may not have wings. After swarming, they break off their wings by folding them over their head. This makes crawling and searching for a nesting place easier.

>Before termites can swarm, the colony has to be matured which takes 2 to 4 years. After swarming occurs, the surviving males and females pair off and begin the nesting and mating process. This process will continue for years, which explains why subterranean termite colonies can contain several thousand termites…or several million in the case of Formosan termites.

Subterranean termites must have moisture in order to survive as they easily become dehydrated and die. This is why they primarily live underground. However, they can live above ground if they find a source of moisture in an unexposed place. In addition to moisture, subterranean termites also need cellulose for survival. This is why they feed on wood, paper and other cellulose containing products.

In order to protect themselves while feeding or searching for food, subterranean termites create mud tubes that allows them to travel from source to source without being exposed to the elements. These tubes are created by the worker termites with a combination of saliva, soil, wood and other debris.

Formosan termites are a specific species of Subterranean termite. They have been called the “super termite” due to the fact that they are more aggressive and destructive than their relatives.

They are commonly found in Southern States. While Formosan Termites cause many problems for residents in the United States every year, they did not originate here. They are believed to come from Taiwan (formerly Formosa) and southern China.

These termites swarm in the spring and summer months. They often swarm at night. The alates (winged termites) will shed their wings after flight and find a safe place to mate (moist wood) and begin their colony by laying eggs. Mature colonies of Formosan Termites can have anywhere from 1-10 million termites within them. However, it generally takes between 3 and 5 years for a colony to mature.

Once a Formosan colony is mature, the damage it can cause can be massive. It has been reported that mature colonies can cover one or more acres of land and go through roughly 13 ounces of wood in a single day. At this rate, a single colony of Formosan Termites can destroy a wooden structure in approximately three months.

Formosan Termites feed on wood and paper products due to the amount of cellulose these objects contain. However, they have also been known to attack over 50 plant species and even some non-cellulose items including asphalt, plastic, mortar, rubber, creosote and soft metals when looking for moisture and new food sources.

Unlike their cousins the Drywood termites do not require a high moisture content, hence the name. They typically swarm later in the season than the Subterranean and Formosan termites.

Drywood termites live and feed on undecayed wood that has low moisture content. Damage done by drywood termites is entirely different from that caused by subterranean termites. These termites cut across the grain of the wood, excavating large chambers which are connected by small tunnels. They excrete pellets called frass.

They attack wood products of all kinds.Structural wood, as well as furniture and other wooden objects, may be damaged. These termites do not cause as much damage as the subterranean termites because they are less widespread. They are typically located in a narrow strip along the southern United States.