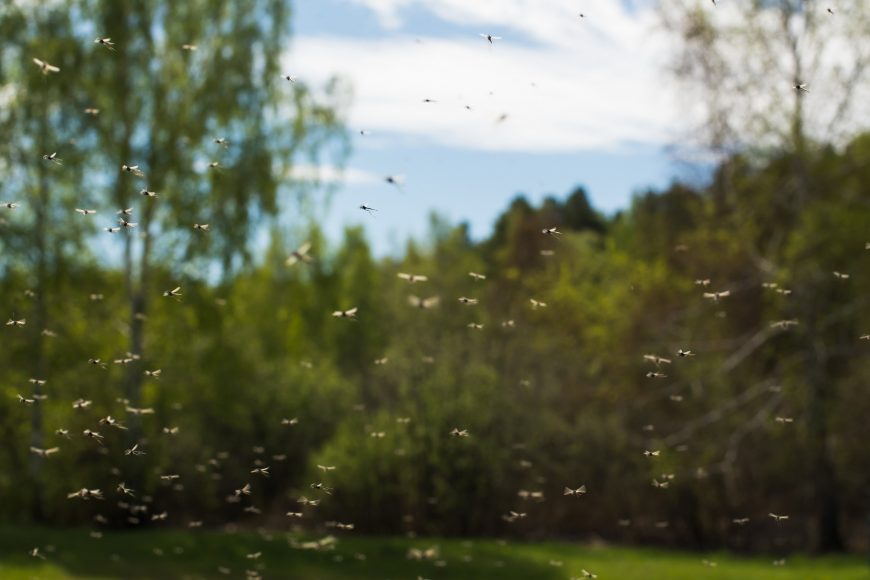 Houston Ranks High for Cities with Most Mosquitoes

Recently Houston has been ranked highly on two different new lists of the U.S. cities that are in the midst of fighting against the worst problems with mosquitoes. That’s not exactly the kind of notoriety a city is looking for—particularly with mosquito borne diseases on the rise. For a variety of reasons, Texas has a history of mosquito problems; an issue that can have some grave consequences.

Why Does Texas have a Mosquito Problem?

Reasons for high populations of mosquitoes in Houston and other Texas cities include:

Mosquitoes thrive in hot weather, which means that they just love Texas! Warm weather in the morning and evenings are perfect for mosquitoes who like to stay out of the midday heat to avoid too much sun exposure. When temperatures reach consistently around 78F or higher, mosquito activity tends to rise.

Mosquitoes prefer to breed in standing water where they can give their eggs the best chance of survival. When the weather has been particularly rainy or flooding has happened, standing water is found in many places which makes breeding a cinch.

And if there’s not enough water at the moment? Some species of mosquitoes will lay their eggs on moist soil that has the potential of flooding in the future. These eggs can last through the winter and wait until warmer rains come for them to mature.

The activity of mosquitoes can vary from season-to-season and year-to-year, depending on normal variations in weather patterns. But, in general, the Texas environment works well as a host for mosquitoes in Houston and other cities.

If it was just a matter of mosquitoes being annoying and creating some itchy bites, things wouldn’t look so bad. But mosquitoes also have the potential to carry along with them serious, and sometimes deadly, diseases.

According to the U.S. Centers for Disease Control and Prevention (March 2018), Texas ranks in the top 20% of states with the most cases of mosquito-borne illnesses for the years from 2004-2016.

At least 135 cases of mosquito-borne West Nile illness have been reported in Texas, contributing to six deaths, according to the Texas Department of State Health Services.

And while the peak season for West Nile virus normally runs for late August through September, it can also bleed over into October depending on weather patterns. This makes continued awareness and pest prevention an important part of summer and autumn. Because of its high ranking for mosquito populations, Texas residents should be aware and on guard against mosquito populations.

Personal pest protection may include the use of DEET spray, protective clothing, and staying indoors during times of high mosquito activity. Mosquito control for your home may include removing standing water, stocking ponds with mosquito-eating fish, and contacting a pest control professional to regularly spray your property on a regular basis.

While the situation may seem a bit bleak, the good news is that there are ways you can protect yourself and your family from the high populations of mosquitoes at this time of year. For the best in Houston mosquito control, contact Cypress Creek for pest protection on your personal property and in your neighborhood.