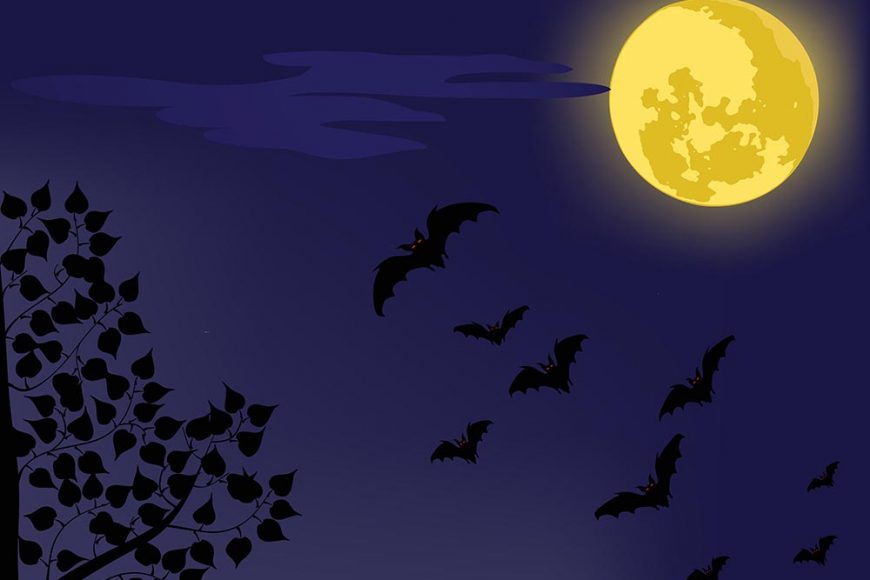 As Halloween approaches, thoughts turn to monsters, witches, vampires, black cats and of course, bats. Bats have gotten a bad rap since the days of Dracula. However, there are only three species of blood sucking bats and none of them reside in the United States.

There are thousands of species of bats, some as large as having a six foot wingspan and some as tiny as an inch. The biggest bats called Flying Fox bats live in Australia.  The tiniestones are called Bumble Bee bats and weigh less than a penny.

Bats in the United States

Out of the thousands of bats we have forty species in the United States. Austin, Texas hosts the largest population of Mexican free-tailed bats. They live under the Congress Avenue bridge and millions of them exit the bridge each night to search for their food consuming  thousands of mosquitoes each night. Tourists and residents line up each night to watch the spectacle of the bats leaving. It is fun and educational.

The city of Houston hosts it’s own population of bats. They are located under the Waugh Street bridge. Adventurers can paddle a canoe or kayak up Buffalo Bayou to see them from a different perspective.

The bat poop or Guano is one of the richest fertilizers available. At one time it was a great export for Texas. You can buy bat guano online. I’m not quite sure how it smells packaged but in the wild it stinks to high heaven.