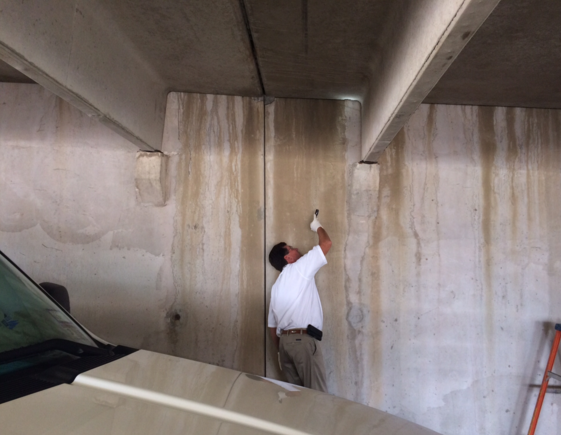 It’s almost Halloween. Scary ghouls & goblins, wart-faced witches, and an abundance of spiders in webs come to mind. But ever wonder, “why spiders?”

Maybe just because they’re a bit on the creepy side and found in dark, frightening places. Or maybe it’s just guilt by association – even witches need cronies, like black cats, bats, rats and spiders. We naturally associate spiders with death, venom and abandoned places. Spiders have also been thought to have mystical powers because they can spin webs. In ancient times, this ability caused them to be associated with magic, and again witchcraft. Because of this, it’s natural to tie them in with Halloween.

Not all things associated with spiders are ghastly. For example, superstition has it that seeing a spider in your home could mean good fortune is headed your way – and the bigger the spider, the better your reward! But don’t take that wives’ tale to the bank.

Typically, this is the time of year – the transition from summer to fall – when spiders may be more active and prevalent.  As temperatures outside drop, most pest and rodent activity ramps up inside your home. And spiders feed on other insects and pests, so they are inherently drawn to where those creatures are living.

In Texas, the most common spiders are American house spiders, wolf spiders, brown recluse, black widow and jumping spiders. All are arachnids with two body segments, eight legs and no antennae.

Of these, two are a venomous species of spiders – the black widow and the brown recluse. Both can be found indoors and outdoors throughout the state:

Neither the black widow nor the brown recluse spiders are aggressive but both will bite when accidentally trapped, disturbed, scared or threatened. Records show that bites from these spiders are very infrequent, and because of spider antivenin, deaths are rare.

Spider bites are often mistaken for other common insect bites, so try to identify the culprit if you can. Other things that can cause symptoms that mimic spider bites include biting fleas or bed bugs, allergies, poison oak and poison ivy, plus various viral and bacterial infections.

As with most pests, prevention is the best method for spider control. Here are a few things you can do:

Whether spiders cause a nightmarish web of worry at your home at Halloween or any other time of year, seek professional help to put your fears to rest.

jeffery pendleton
23:12 23 Sep 22
The technician was very good, he covered areas that was hard to get to. I am glad I used them.

Michael Goetten
17:59 18 Sep 22
This was the first service that was performed. It appeared to be thorough. They guarantee the service which means a lot.

dsmichael
15:18 09 Sep 22
I highly recommend the services of Cypress Pest Control. I am on a quarterly schedule for my yard and home. I am very pleased with their professional service and great results.

Margaret Kwan
13:26 09 Sep 22
Cypress Creek has been the sole company taking care of this property. Randy is professional, polite and thorough. We have been very happy with the quarterly treatments and it is good value for such a necessary maintenance for our home.

Tony Griffin
17:13 01 Sep 22
Technician was professional, knowledgeable and informative. Explained the procedure and the expected outcomes/results. Would use again

Luis Jimenez
15:47 01 Sep 22
Very professional, affortable, experienced, and also important quick. I called and was able to set up an appointment for the following day. Michael was very communicative from the minute he arrived and explained everything . Thank you guys.

SARA HARRIGAN
17:41 30 Aug 22
Cypress Creek Pest control is the best service I’ve ever had. They are easy to work with, great price, and the results were immediate. Cannot say enough about them honestly. Highly recommend.

Elizabeth Avance
19:50 20 Aug 22
All of their technicians have been so nice over the years. Love this company!

Jessica Dunlap
14:47 18 Aug 22
Always great service! I have quarterly extermination and love the folks over at Cy Creek Pest Control!!

Matt Cole
15:20 11 Aug 22
Excellent service, sealed outside, placed rodent traps and warrantied. Definitely will continue using and so should you!

Mike O'Meara
17:29 05 Aug 22
super nice and thorough rep for quarterly service for residential- general pest prevention. Used them for years. This time there was a visual residue on nearly every baseboard that was sprayed; especially on the wood floors. Need to use a higher grade spray that dissipates better. .

Demitra Walker
15:03 03 Aug 22
Serviceman Dave was excellent. He was the most thorough in his exterminating than any of the others. He even put bait in the attic. He has serviced my home before and there is a big positive difference in the way he services my home. I wish he could come every time. Thank you, Dave for excellent service.

Mike Herriman
04:52 03 Aug 22
I called and made appointment, they were right on time and seemed to be very through and quick. I used this company 22 years ago, this year I decided I had had enough of DYI treatments and turned it back over to them based on current reviews and my experience many years ago...

Mike Dragos
15:46 01 Aug 22
Service was professional and at a great value. Will use again
See all reviewsWrite a review