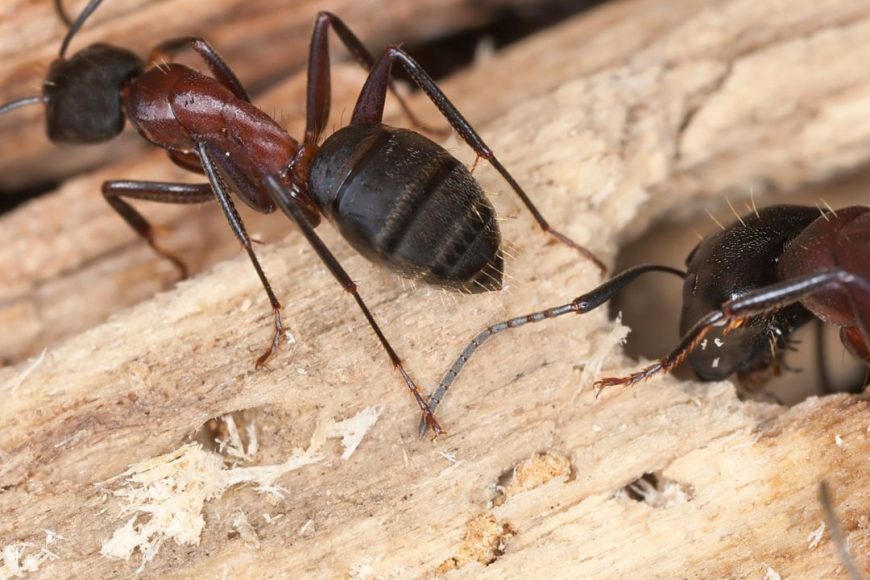 Misidentifying the ant species you see in your home

Carpenter ants leave few outward signs that would give away their location in the home – a colony is basically undetectable. You may come across the evacuation holes of the colony and the waste that is thrown out, but these holes may be located on the inside of the wall for example, and they will be virtually impossible to spot. However, it’s not all bad news. Carpenter ants themselves are very easy to spot and identify. This is because they are much larger than other ant species, with the average worker reaching lengths of up to half an inch. So whenever you notice giant ants crawling around your property, you should get in touch with a pest control team immediately.

While it may be hard to detect carpenter ant damage initially, it will become quite visible when the damage is advanced. The galeries built by the ants will be clearly visible in the wall, and it will look like the wood has elongated holes in it. As soon as you notice this sign in or around your home, you should act quickly, because the carpenter ant colony is likely huge, and the damage it can do in a short period of time is significant.

Relying on DIY to get the infestation under control

While there are plenty of DIY products out there that specifically target carpenter ants, they usually fall short of destroying the entire colony, and in particular, they fail at killing the queen or queens. If this happens, ant activity will slow down for a while, but it will pick back up as soon as the queens have replenished the ranks of their workers. The best way to deal with a carpenter ant infestation is to hire a pro and ensure that the colony is fully wiped out. For more information on what the control process against carpenter ants entails, contact us today.