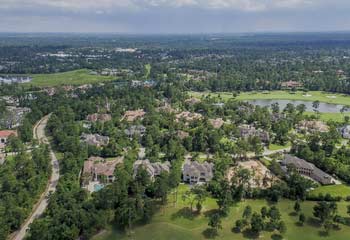 Can Insect Stings Be Fatal To Those Who Have Never Experienced A Serious Medical Reaction To Insect Venom?

Insects in the Hymenoptera order include all bee, wasp, ant, and sawfly species. More than 250,000 insect species in this order have been documented, and while many of them are known for harming humans, they are all ecologically important. Only a very small number of Hymenoptera insect species are considered by medical professionals to be dangerous, and very few of these species can be found in the US. Given Houston’s subtropical location near the Gulf Coast, it’s no surprise that the city is home to almost every dangerous ant pest that inhabits the country. These ant pest species include southern fire ants (Solenopsis xyloni), tropical fire ants (S. geminata), golden fire ants (S. amblychila), the red-imported fire ant (S. richteri), and several harvester ant species (Pogonomyrmex sp.). Medically significant ant pest species that can’t be found in other states include Florida harvester ants, black-imported fire ants, and Asian needle ants.

Red-imported fire ants are invasive pests that rapidly colonize residential lawns where they excavate soil and create unsightly dirt mounds that can become surprisingly large in size. In addition to destroying turf grass, red-imported fire ants often swarm onto people’s legs and inflict hundreds or possibly thousands of extremely painful stings that can result in death by either envenomation or a severe allergic response like anaphylaxis. The tropical fire ant has become scarce in the US, and most people have never heard of golden fire ants, but southern fire ants are very common house pests across the southernmost states. While the above three native fire ant species are not as aggressive as red-imported fire ants, all four produce venom that is made up of similar compounds. Because of this, stings from each species contributes to immune sensitivity, but the red-imported fire ant’s aggression makes it the most dangerous fire ant pest species inhabiting Houston.

Have you ever encountered a red-imported fire ant nest in your yard?