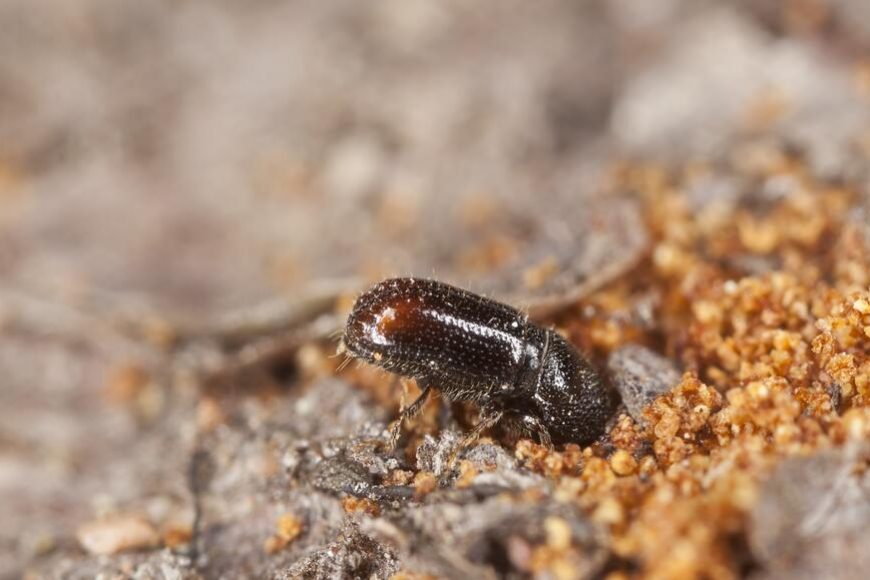 Bark Beetles on the Rise in Houston

Native to Asia, several species of bark beetles have been attacking trees in Texas and other states for several years. Making their way through North America from places like Colorado, Utah, Missouri, and Michigan since the 1990s and early 2000s, these pests are urged on by high temperatures and drought-like circumstances. The presence of bark beetles in Texas and other states could have a significant economic and environmental impact.

Types of Bark Beetles in Texas

Several varieties of bark beetles have been running rampant in North America, but only a few are prevalent in the Houston area. These are the types of bark beetles that should be watched for in Texas: Emerald Ash Borer, Pine Beetle, and Crape Myrtle Bark Scale.

Since 2002 this Asian beetle has been infesting trees in the US. These exotic-looking borers are small, metallic green in color, and only attack ash trees. The larvae bores into the layer of the tree beneath the bark, cutting of the tree’s ability to get access to water and nutrients from its roots. This species is devastating to ash trees as it kills 99% of those it has infested within three or four years.

While some states have place quarantine restrictions on these trees, many conservationists are saying that the beetles cannot be thwarted from spreading. There is some concern that ash trees may become completely extinct.

See Also: How to Mosquito Proof Your Yard

Pine trees that are already stressed by drought or other problems are particularly susceptible to the attacks of pine bark beetles. Five different varieties of this species are destructive because of their habit of boring into the bark of the tree. An infestation can be detected by the presence of small holes in the bark, reddish dust at the base of the tree and in the crevices of bark, small globs of sap around the trunk of the tree, and the needles beginning to die (turning brown or yellow).

Prevention of infestations is the best defense. Best practices include maintaining a healthy watering schedule during drought, avoiding root damage to the trees, and potentially spraying with insecticide in certain situations.

What was once thought to be one of the lowest maintenance trees in Texas has a nasty predator. The bark scale crawler is an insect that first appears as a black, sooty mold on the bark of crepe myrtle trees. This mold eventually leads to white or gray felt-like crust that spreads over the trees.

Adult males of this species are winged and fly to find females and mate. Adult females of this species appear whitish and stick to the trunk and twigs of crape myrtle trees. When crushed, these scales reveal a pink liquid. Once the eggs are laid, the female dies and the eggs turn into tiny pink crawlers before reaching maturity. Hatching often occurs in two cycles, late spring and late summer.

Although this residue from the bark beetles doesn’t actually kill the trees, it can stunt their growth, affect flowering, and generally cause an ugly nuisance. Washing infested trees is one way to remove the scale and eggs, but insecticides applied by professionals are the best method of protection.

See Also: Keeping Wildlife Out of Your Yard or Garden

Some bark beetles are more threatening than others. For instance, the pine borer usually only attacks 5-10 trees in one area and then moves on. Emerald ash borers, however, can be devastating and wipe out entire forests of ash trees. Crape myrtle bark scale will not usually kill a tree but does leave an unsightly residue.

Climate change that produces warmer weather, combined with drought, make trees particularly susceptible to the attacks of beetles. This could be threatening to the populations of certain types of trees and has the potential to change the environmental landscape in many places, including Texas. For the average homeowner this can be expensive, but for the forestry industry it could be devastating.

As bark beetles may be a threat to the health of trees in Texas and other states throughout North America, management of these pests begins with awareness. Keep your trees healthy by providing them with the water and care that they need. For help with Houston Pest Control issues, contact Cypress Creek to prevent infestations, provide extermination services, and maintain a pest free property.