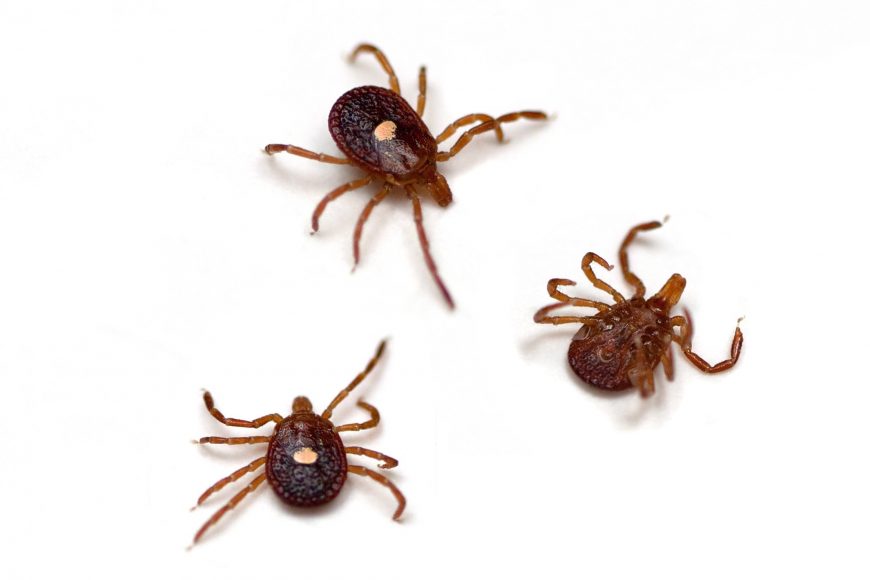 A Guide To The Various Tick Species

As the weather warms up in, we can’t wait to go outside after spending the winter cooped up inside our homes. Ticks are well aware of this, which is why they also come out and play. These parasites pose a significant health risk to both animals and humans, since they can spread dangerous diseases such as Rocky Mountain spotted fever and Lyme disease. In this guide, we will go over the various tick species and their behavior.

As the name suggests, this tick has dark legs, and it is also known as a deer tick because it prefers the white-tailed deer as a host. This species is found northcentral, southeastern, mid-Atlantic and northeastern parts of the US, and they are known to spread diseases such as Powassan encephalitis, human babesiosis, anaplasmosis and Lyme, among others. This tick will usually hide in shrubbery or grass and wait for a host to pass by before latching on. They are also commonly found in the nests of their other hosts, hosts such as rodents, opossums, raccoons and skunks.

The American dog tick also has a preferred host – the dog. This species can be found across North America, and they are a known carrier of the Rocky Mountain spotted fever. They are most active during spring and early summer, when they hide in low-vegetation grassy areas waiting for larger animals to pass through. What makes the American dog tick so insidious is that it is often brought into the home by our pets, and that they are extremely resilient, being able to survive for up to 3 years without feeding.

Another tick that prefers man’s best friend as a host, the brown dog tick is at least not as common. What makes them unique however is that they can spend their entire life cycle indoors, since they can survive very well in dry, warm conditions. They will usually attach to a dog’s toes or behind their ears, and as all ticks, they can carry and transmit a number of deadly diseases.

Found throughout the southeastern and eastern parts of the US, the lone star tick gets its name from the start that is found on the back of females. The lone star tick will prefer different hosts during different stages of its development. When they are larvae, they will go for small animals, as nymphs they will target both small and large animals, and adults will target large animals such as cattle, deers, dogs and cats. Humans are targeted by this tick throughout all three stages of its development.

Do you have a tick problem on your property?

A tick infestation is a very serious problem, given the number of dangerous diseases that they are known to carry. If you suspect that you have an infestation on your property, contact us right away, and we will help you identify and remove it.