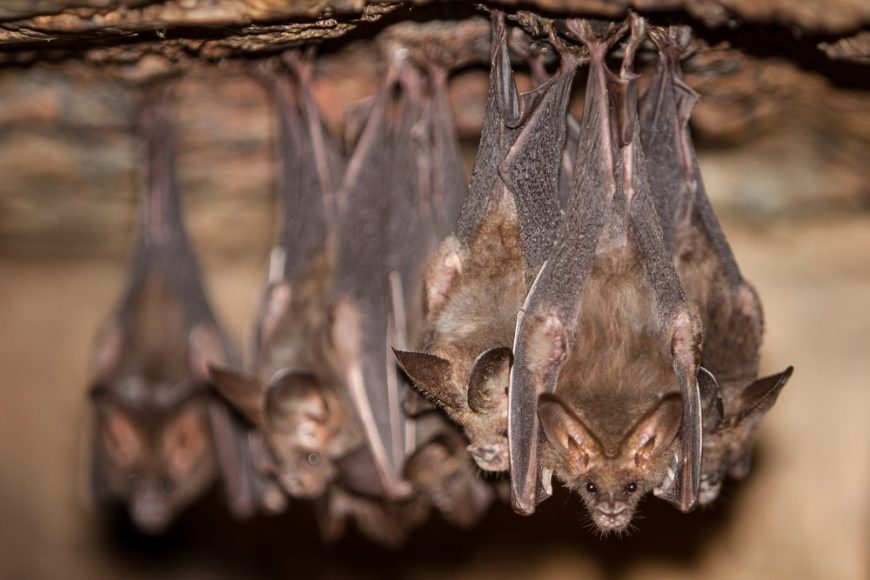 15 THINGS YOU DIDN’T KNOW ABOUT BATS

Most people are creeped out by bats. Their presence is often associated with all kinds of stories, rumors, and folklore—some of which are myths and other things that are proven true. While you probably don’t want them living in your attic, bats are actually considered one of the most beneficial animals on the planet.

Let’s take a look at some of the fascinating facts that you probably didn’t know about bats:

Producing ultrasonic chirps that humans are usually incapable of hearing, bats “sing” very loudly. In fact, bats produce chips that are louder than any other animal—even dolphins.

Out of all of the mammals, bats have some of the most efficient muscles. Just the larynx of a bat can contract up to 200 times every second, which is possible due to the large amounts of mitochondria.

Although you might not want to be friends with a bat, other bats sure do. Bats are social creatures that hang out in groups. Even within larger flocks, smaller groups will stick together by developing a special vocal tone that is distinct to the group making it possible for them to find each other.

4. Bats Are the Only Mammals That Truly Fly

Other mammals may glide but bats actually fly. Not only is flying unique to bats in the mammal species, but the way that they fly is different than other flying animals. As their wings have multiple joints, bats are not rigid like birds or insects, so they can move them in and out, up and down, or back and forth with every flying stroke.

Scientists have discovered that a rare anticoagulation protein found in vampire bat spit can actually be used to treat stroke victims. In fact, bat saliva has the potential to work better than any pharmaceutical anticoagulant drugs on the market today.

6. “Blind as a Bat” Is Completely Wrong

Contrary to what most people think, bats are not blind. Many types of bats can see very well and some species can even detect ultraviolet light. Although echolocation is useful for night flying, bats can also see.

The reason that people think bats can’t see is because they are nocturnal, functioning in the dark and using sounds (echolocation) to find prey and avoid predators. Their sensitive hearing allows a bat to be aware of and avoid an object that is no wider than a piece of thread.

Complete avoiders of cold weather, most bats go into hibernation during the winter. As they seek protection from the extreme temperatures, they spend winters in caves, barns, or even attics. During hibernation the breathing rate, heart rate, and body temperature of bats drops significantly and they rely on stored body fat to make it through.

10. Bats Can Give You Rabies

You’re more likely to get rabies from bats than from any other animal on the planet. Although very few bats actually have rabies, out of the few cases of human rabies reported in North America each year, most of them are caused by coming into contact with a bat.

You can find bats almost anywhere on the planet. So many species of bats exist that they are able to live in almost any type of ecosystem, excluding the Arctic and Antarctic, due to extreme cold weather.

One single bat can consume up to 1000 insects in just one hour! Since they hibernate during the winter, they need to eat a lot more during their active months to make up for it.

13. Vampire Bats are the One Mammal That Eats Only Blood

Just three out of more than 1100 bat species are vampire bats that consume blood as their entire diet. Mostly they choose to bite large sleeping mammals such as cattle, and bats almost never bite humans.

Contrary to popular belief, vampire bats do not really “suck” blood. Instead, after they have used their teeth to pierce the skin of a large animal while it sleeps, they lap up blood in the same way a dog might drink water.

Helping the bat to navigate during, the knees of a bat bend to the back instead of toward the front. When hanging by their feet, their backward knees lead down to specialized tendons that hold their toes in place without having to expend any energy at all.

If you’re struggling with an infestation of bats in Houston, contact Cypress Creek to take care of your prevention, extermination, and maintenance needs. Cypress Creek is a family company offering the best in professional and effective Houston pest control.