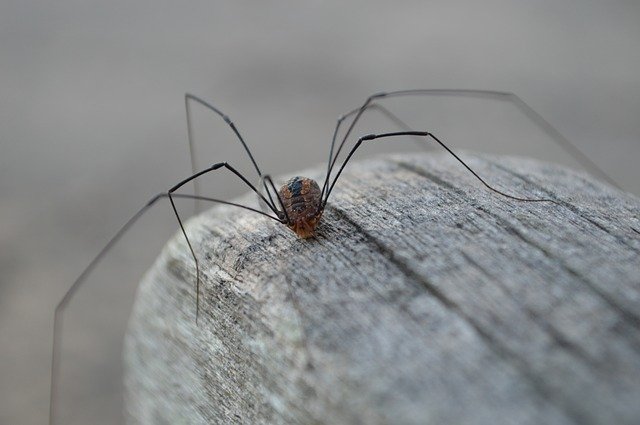 Often just the idea of a spider can give people a creepy-crawly feeling. But the myths and stories surrounding spiders may be very different than reality that is proven by science and experience.

Here are some of the commonly held myths about spiders that just aren’t true:

Spider webs are not homes for spiders, they are places where they trap their food. They build the webs, leave, and then come back to collect the insects that their webs caught. Then they wrap up their prey in order to carry it off. But not all spiders even spin webs. Some of them get their food by hiding in petals or leaves of flowers, or by hunting in other ways. So if you think you don’t have a need for spider control because you never see any webs, think again.

Read More: Spiders Near Houston To Be Aware Of

One of the legends many people believe about spiders is that Daddy Longlegs are extremely poisonous by their teeth are too short to bit the human skin. But University of California Arachnologists note that there is no evidence of any Daddy Longlegs ever biting a human and causing anything detrimental to happen. Even the guys on the Mythbusters television show proved this story wrong in 2004.

Some people have said that an average person swallows up to eight spiders each year because they sleep with their mouths open. This myth started around 25 years ago when a magazine columnist wrote an article about crazy “facts” that were circulating. The columnist added some of her own outlandish ideas and published it to show that people will basically believe anything they read on the internet. And it worked. The reality is that the likeliness of swallowing a spider ever in your lifetime is low—but certainly not eight each year!

Spiders Often Bite You While You Sleep

This myth has been making the rounds for more than a hundred years, and it probably started because people didn’t know what else to blame for little bumps, bites, and red rashes. But spiders really don’t want to bite humans. And a sleeping person is likely to be making noises and breathing loudly, which is most likely going to be scaring off any spiders rather than attracting them. Even if you happened to roll over on a spider, they wouldn’t bite you because their fangs are on the underside. So if you are imagining that spiders are hiding out near your bed just waiting to devour you, rest assured that they are not.

You’re Always Within Three Feet of a Spider

Begun in 1995, this myth started when an arachnologist was quoted as saying that “wherever you sit, a spider is probably no more than a few yards away”. With more than 40,000 species of spiders around the world, it is possible that spiders are near you—particularly if you are outside. But if you live in a large city or are sitting at the top of a 40 story building, you’re not likely to find as many spiders nearby.

Actually, spiders are mostly afraid and would not intentionally seek humans out. Spider bites that do occur are typically when a spider is feeling threatened. Even jumping spiders, that are very scary to people, aren’t at all interested in attacking people—they’re just trying to get where they need to go.

It’s “Nice” to Put a Spider Outside

If you have a friend (or are that person) who demands that you collect a spider with a glass and a piece of paper rather than killing it, you probably aren’t doing that spider any favors. If you have found a spider inside, it’s likely that it won’t actually be able to survive outside. Only a few species can survive both inside and outside. Which means instead of giving it a quick and painless death, you’re placing it somewhere that it’s likely to have a slow, painful one. Not very “nice”.

Not All Spider Webs are Cobwebs

Speaking of spider webs, although we have a tendency to call all of them “cobwebs”, most of them actually aren’t. Cobwebs are actually messy, 3D webs rather than the more circular spider webs we often see. And often, because they’ve been left for a while, cobwebs are easier to see because they are covered in dust.

If you do find that you have a need for spider removal in or around your home or business, contact your local spider exterminator, Cypress Creek Pest Control in Houston, to schedule service today.