COVID19: Yes, we are open! See how we’re preserving the health of our customers and protecting their property.
Zika Virus: Mosquitoes Pose a New Threat to Pregnant Women - Cypress Creek Pest Control
281-469-2679 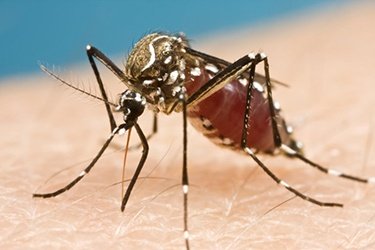 A new and dangerous virus is spreading via mosquitoes. This virus is especially dangerous to pregnant woman as the virus crosses the placenta and enters the fetal brain to do damage. Women who are affected have children with small heads and damaged brains, a condition called microcephaly.

The Zika virus is named after the Zika forest in Uganda, where it was first identified in the 1940s. For decades it was a rare disease, primarily popping up in Africa and occasionally in Southeast Asia. In 2007, there was a major Zika outbreak in Micronesia. Then in May of 2015 the virus turned up in Brazil:

“And within a year it has spread throughout the continent,” says Nikos Vasilakis, a professor in the department of pathology at the University of Texas Medical Branch in Galveston.

Zika had spread to eight other countries in the hemisphere. This month, World Health Organization (WHO) upped that tally to 14 nations in the Americas. Women who are pregnant of thinking of becoming pregnant are advised to consult with doctors before traveling to countries with Zika cases.

Only one person in five actually get symptoms. Usually the virus causes a mild cold, mild rashes, red eyes and fevers. Now it appears that Zika may also be causing a birth defect called microcephaly.

A Center for Disease Contol epidemiologist, Dr. Erin Staples, said she expects the virus to follow the same pattern as other mosquito born illnesses like dengue and chikungunya: large outbreaks in Puerto Rico followed by smaller ones in Florida and the Gulf states including Texas and possibly Hawaii.

The disease is expected to spread as the weather warms. More than a dozen isolated cases of Zika have been found in the United States, including one recently in Texas. These were all travelers who had returned from overseas.

Tips to Protect Yourself From Zika Virus

There is no vaccine for Zika. Please practice all precautions when outdoors by covering up using mosquito repellent. If your neighborhood does not have a mosquito plan in place, speak to you HOA or property manager about implementing a plan.

Cypress Creek Pest Control provides ULV mosquito fogging for over 600 cities, municipalities and neighborhoods in the Greater Houston area. Contact us now to arrange for your neighborhood to get on our schedule.